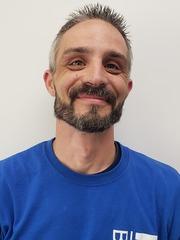 Marshall worked as a service plumber in Metro Detroit for 20 years and specialized in trouble shooting plumbing issues before joining the HomeSpec team 2 years ago! He is certified in Nexstar service training and backflow prevention.

Marshall's daily job responsibilities include moving water heaters and other plumbing fixtures, as well as repairing and replacing these fixtures. His favorite part about his job aside from his great co-workers, is working for a company that makes the customers a priority. He loves being able to offer honest service to the homeowners he helps everyday.

When he's not working, you can find Marshall mountain biking, playing disc golf, hiking, or spending time with his wife and daughters!

Customer Reviews
About Me
View all Reviews

Basement Leaking Severely After Rain in...