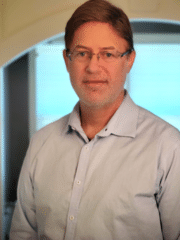 Craig is the owner and founder of HomeSpec. He was born in the city of Detroit and graduated from Clintondale High School, near Mount Clemens, in 1983. He's a graduate of Eastern Michigan University. He later obtained his Michigan State Builders license and started the company in 1994. Originally he owned and operated a home inspection franchise. After doing many thousands of inspections, a reoccurring theme was a need for a reputable basement waterproofing company.

Craig started a second division of his company that focused on basement waterproofing and then added in foundation repair and crawl space encapsulation.

Demand grew rapidly for his repair services and he eventually dropped the home inspection services to focus solely on basements and crawl spaces.

Craig went to college with the Vice President of the company, Brian Snyder, and he was the first one he thought of to recruit on-board as the company began to grow. Craig said he was impressed during his college years with Brian's humble personality and amazing work ethic.

Craig is always striving to find the best solution for a customer's home and he is always treating customers as family. Craig is a frequent speaker at home inspection conferences and real estate meetings.

He is married with three children and can most often be found at his children's sporting events.

Back to Previous Page Back to Meet The Team