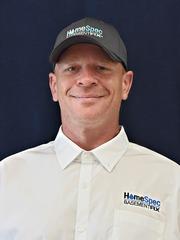 Erik is a project manager for HomeSpec, but before joining our team, he had plenty of experience in this industry! He did high pressure crack injections, structural repairs, and interior/exterior waterproofing. He is trained and certified in all things basements, foundations and crawl spaces - with special certifications in fortress stabilization.

His daily job responsibilities include going to homes to perform inspections, and then coming up with a solution to homeowners' problems by developing a repair strategy. His favorite part about his job is getting to meet new people, and helping them solve their issues to make their lives better!

In his free time, you can find Erik on the golf course or snowboarding!