Project Manager: Keith Brown Foreman: Vernon Bryan Adrienne C. in Detroit, Michigan bought her duplex one year ago and quickly realized that the basement had severe water intrusion problems that were causing her a lot of stress. She needed a talented waterproofing company to take on the big project, so she called the professionals at HomeSpec.  Our team determined how the water was getting into the basement, and showed Adrienne what was going on. Project manager Keith Brown was sure to answer all of her questions and help her understand why water was seeping into her basement, and how it can be prevented.  After Keith developed a repair plan, foreman Vernon Bryan and his crew got to work on the basement to bring the plan to life. They installed a TripleSafe Sump Pump and connected a WaterGuard Perimeter Drainage System. This system collects water from the walls and the floor before it can enter the basement. To cover the unsightly walls, a CleanSpace Vapor Barrier was installed. These block water vapor from entering, but also direct water into the drainage system.  Adrienne was so thankful to everyone from HomeSpec for being there for her every step of the way during the repair process – and for giving her a dry, healthy basement! 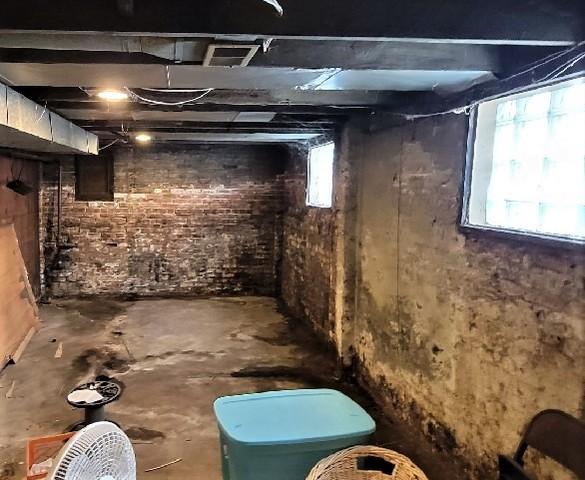 Water can cause damage to your basement walls, and make them look very unsightly. This homeowner wanted the water issues remedied and the walls covered.

After heavy rains or bad storms, water would seep through the walls and into the basement. 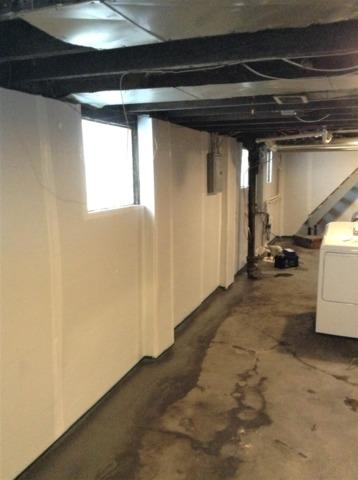 The vapor barrier covers the walls, seals them, and prevents moisture from entering the basement. Water is instead directed down into the drainage system, so the sump pump can funnel it far away from the foundation. 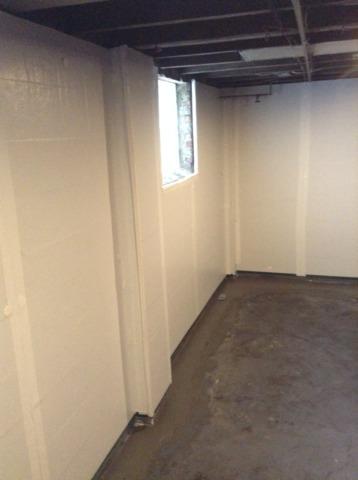 The drainage system installs around the perimeter of the basement. This system collects water from the walls and floor to prevent water from flooding into the basement or pooling on the floor. 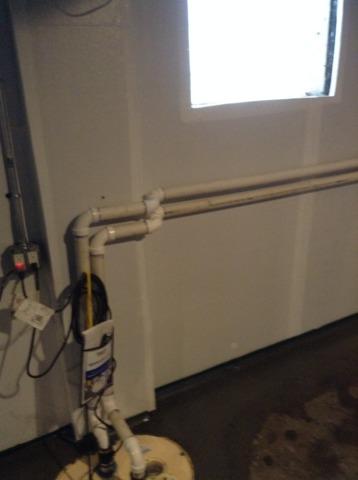 The sump pump was installed to curb water intrusion by pumping the water up and out of the basement - far away from the home. The battery back-up allows the sump pump to run even during a power outage, meaning even the worst storms cannot stop this from protecting your home.