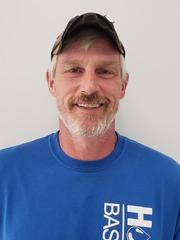 Ryan has been in the structural and foundation business for his entire life. His father was a general contractor and Ryan ran his own excavation company for 18 years. Ryan has built everything from commercial and residential foundations and even road construction with his broad experience.

Ryan is professionally certified in basement, concrete and foundation repair. Additionally, he has a CDL A license and is certified in piering and wall stabilization.

In his spare time, Ryan enjoys his motorcycle and spending time with his wife.

Basement Suffers From Cracked/Bowing Walls and...

Burton, MI Settling 90-year-old...more »
Before and after photos from jobs I've worked on:
Back to Previous Page Back to Meet The Team