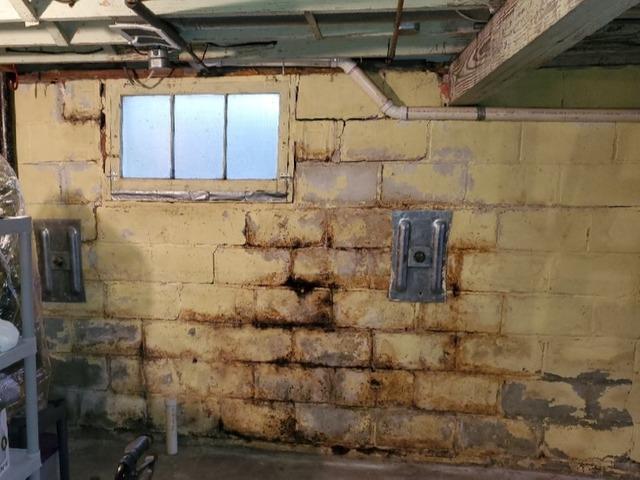 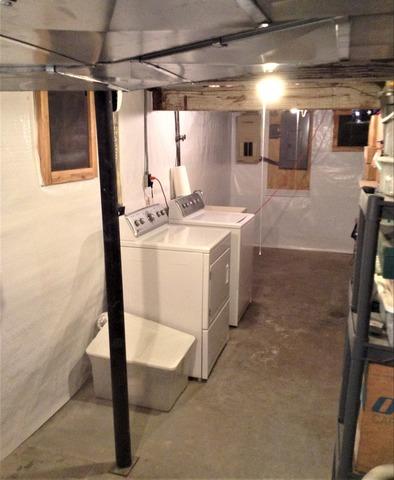 There is no sugar coating this – this foundation was in BAD shape. The homeowner bought the house in Grosse Ile, Michigan with intentions to fix it up and repair the obvious issues in the basement. First of all, water would seep through the block walls and leak into the basement. The walls were covered in stains making them look very unsightly. The walls were also severely cracked and bowing inward, which is dangerous for the entire structure.

The homeowner didn't want to cut corners, she wanted everything repaired properly and permanently. After Project Manager Mark Buhr developed a repair plan, Foreman Jerry Blevins and his crew got to work.

The foundation walls first needed to be excavated and pushed back as into place. Then a Carbon Fiber System was installed to stabilized the walls and prevent them from moving again. To solve the water issues, a WaterGuard Below Floor Drainage System was installed around the perimeter of the basement to prevent water intrusion. Our CleanSpace Vapor Barrier was installed over the walls to prevent moisture and water vapor from entering, but instead directs it down into the drainage system. Lastly, we installed our SilverGlo Insulation to seal the rim joists.

The homeowner sincerely thanked HomeSpec for making a serious, tiring issue get fixed so smoothly and quickly.