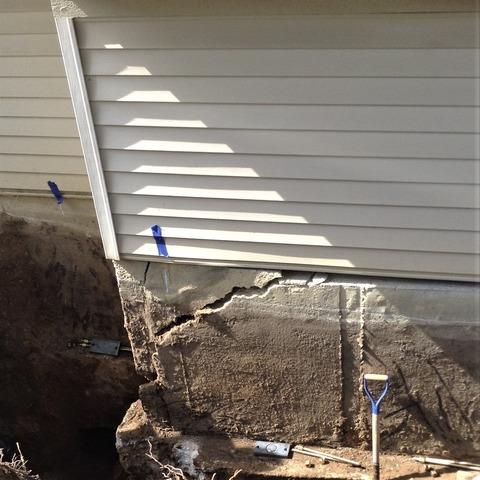 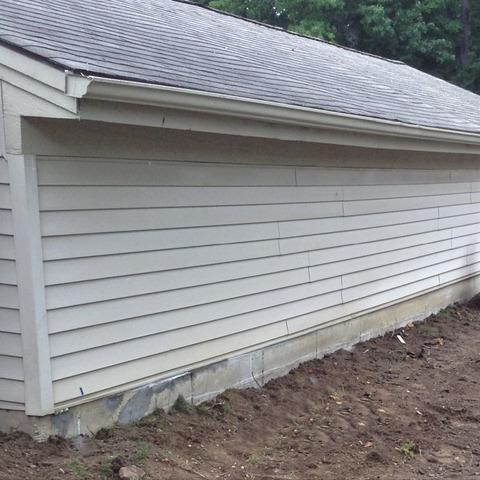 Scott A. from Waterford, Michigan called HomeSpec to repair his sinking garage. The garage's foundation was settling into the soil which was causing separation from the home and severe cracking. Scott also wanted some concrete repaired while we were there.

Project Manager Keith Brown knew we could combat this issue by installing Helical Piers below the foundation. Foreman Ryan Loop and his crew got to work installing the piers to stabilize the foundation and stop the sinking. They were also able to lift the foundation back to its original position. Crack Tech Ryan Bonacorsi was then able to permanently seal the cracks in the walls.

At the same time, Concrete Specialists Devin Parker and Alex Lofgren were working on repairing Scott's concrete. They used the PolyLevel method, a cost-effective and less-abrasive method for leveling concrete. This works by injecting polyurethane rigid foam below the concrete slabs. As the foam expands, the concrete is lifted into place. It was a quick and easy installation! 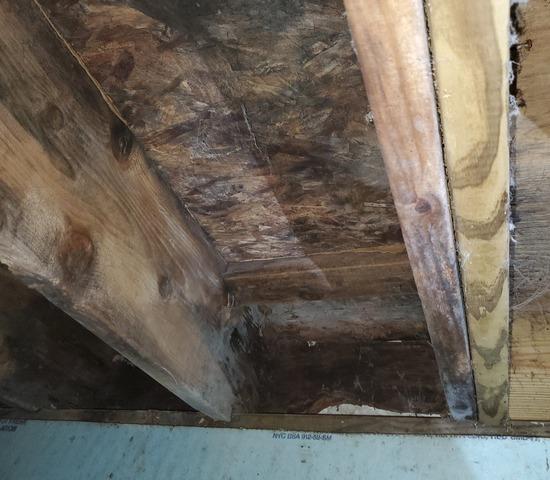 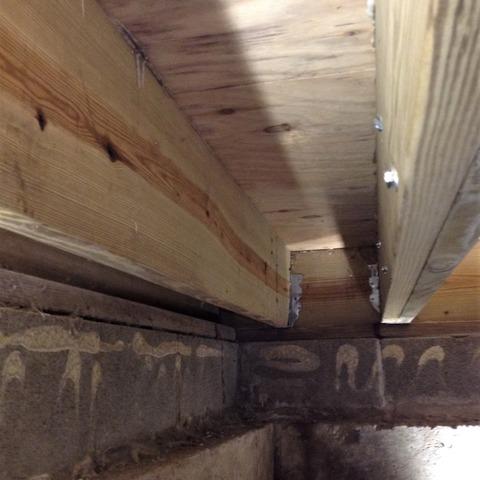 These Ann Arbor, Michigan homeowners purchased a home with many crawl space and foundation issues, so they called HomeSpec to take care of everything! A general inspection found that there was mold in the crawl space due to moisture, and the joists/band board were rotting badly as a result.

On top of that, one corner of the home was sinking, also know as settling, into the soil and pulling apart from the rest of the home – resulting in severe cracking in the crawl space and outside the home.

HomeSpec combatted the sinking issue by installing Helical Piers. These anchor deep into stronger soils and literally hold the home up, preventing the structure from sinking any further and even lifting it back to its original position. 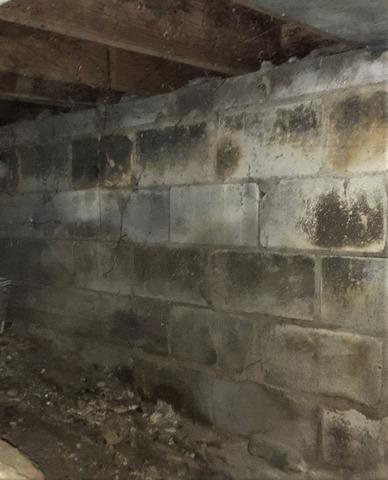 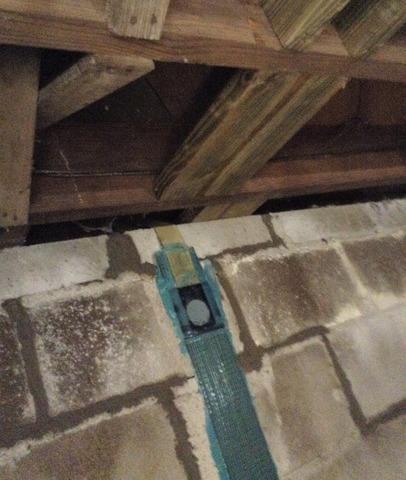 Foundation & pier expert Ryan Loop took on this challenge with his experienced crew. They pushed the foundation walls back into place and braced them with straps. Then they installed Helical Piers below the foundation to stop the sinking and stabilize the foundation. These piers anchor deep into stronger soils to hold the foundation in place and stop it from moving. While the exterior walls were exposed, the crew waterproofed them.

This home is no longer "on the move" and these homeowners no longer need to worry! 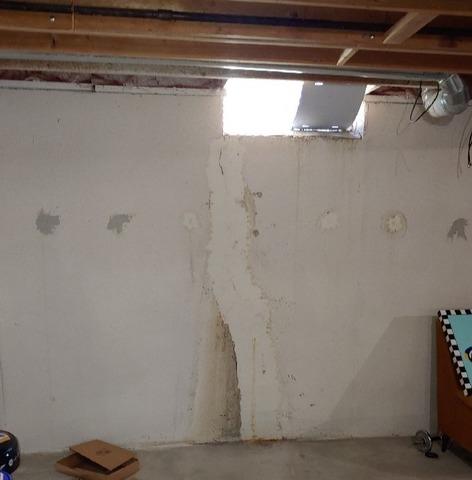 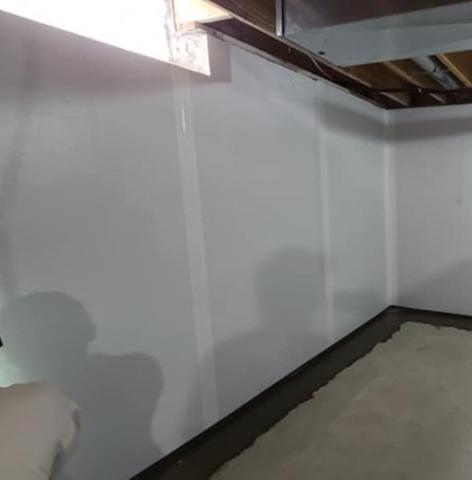 These Drayton Plains homeowners contacted HomeSpec because water was seeping into their basement in two ways: 1) Through cracks and rod holes in the foundation walls 2) Through the joint where the floors and walls meet.

Their project manager and inspector decided that after the cracks and rod holes were repaired, the best route to waterproof the basement would be a WaterGuard® Below Floor Drain. This installs around the perimeter of the basement to stop water intrusion from the walls and said joint. This was connected to a SaniDry™ XP Dehumidifier and a TripleSafe™ Sump Pump System. This system will keep the basement dry and pump water far from the foundation.

A CleanSpace® Vapor Barrier for unfinished walls was installed as well to block moisture and water vapor from entering the basement, and instead directs in to the drainage system. This Drayton Plains home now has the ultimate protection against water intrusion, and the homeowners couldn't be any more pleased. 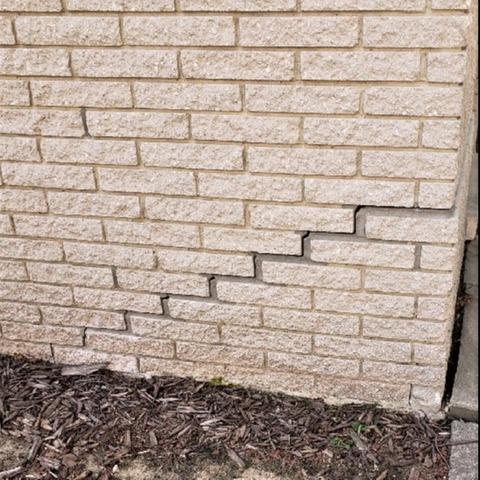 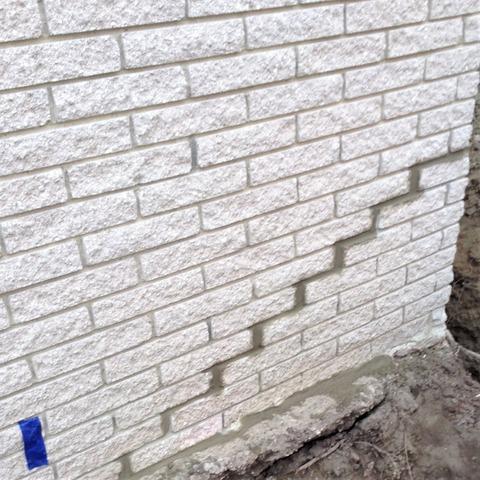 The problem this homeowner was facing was that his foundation was sinking - causing serious cracks on the outside and inside of his garage. After doing some research, he called the professionals at HomeSpec.

To solve this problem, our specialists installed helical piers under the foundation. The piers lift the foundation back into place and stabilize it - preventing any more damage. Then we repaired the cracks and the concrete inside the garage. This homeowner is extremely thankful that we were able to save his garage and his foundation!